Join the CorvAircraft email list by sending an email to corvaircraft-join@list.corvaircraft.org.

After sending the message to the address above, you must reply to the resulting "confirm..." email that you'll receive.

Once you have replied, you'll be subscribed, and no further action is required, but please read the follow-on "Welcome to the CorvAircraft mailing list" email that follows, and then visit the fourth link that starts with " http://list.corvaircraft.org/mailman/options/corvaircraft_list.corvaircraft.org/..." to YOUR subscription page. This is where you customize how the list works for you, such as changing your password or email address, unsubscribe, switch to the digest" version (all emails rolled into one big one, once per day or so), and that kind of thing. Then save, bookmark, or print the page so you can find it again later, and you won't have to bug me to change stuff for you! A generic link that should work for everybody to change list options such as "digest" mode or retrieve your password, visit http://list.corvaircraft.org/mailman/options/corvaircraft_list.corvaircraft.org.

Be advised that all email to the list must be sent as "plain text". Files sent as HTML format are disposed of by the system with no notification to you or the list owner, so you're left wondering why you can't post. Check into whether you are sending plain text or HTML, and you may find your answer. Many email clients default to HTML, so you'll be shooting blanks when you post to CorvAircraft.

You can attach a small (kb-wise) photo to the list. The limit on a photo plus the size of the email is 200KB, which means 150k is probably the limit on a photo when coupled with a four or five paragraph email. Most photos come out of the camera at 1-10MB, so you'll need to shrink the picture down to something like 640x400 dpi and compress it a bit to get under 100k. The reason for limiting size is that first off it's a pain in the butt to receive a 4000x3000 dpi picture, which when opened shows only a tiny part of the photo on your computer, so you have to scroll around to see tiny bits of it, or you need some kind of photo app to see it all at once. Another reason is that some folks on this list are in the outback of Australia, BFE, or somewhere similar, and still use a slow dialup to get internet. I don't want to kill those guys off the list with a bunch of huge photos. Ever been on vacation with a really slow internet connection and somebody sends you a 5MB file? It's not a good day! There's plenty of free software out on the web that will resize and compress images, so use one of these before posting photos. Compression should be set to something like 70% to reduce the size substantially without too much image degradation. We're all building airplanes, I'm sure you can deal with this. One such program is Irfan View, which is well supported, full-featured, public domain, and free download. There are lots more out there. This jpeg download ability should be considered "on probation" until I'm convinced it's not going to be too painful. If you get a message back that says your photo is waiting on the list moderator to approve it, you'd better try again with a smaller photo. I have moderator notification turned off...otherwise I'd spend all day nursing people through the process. 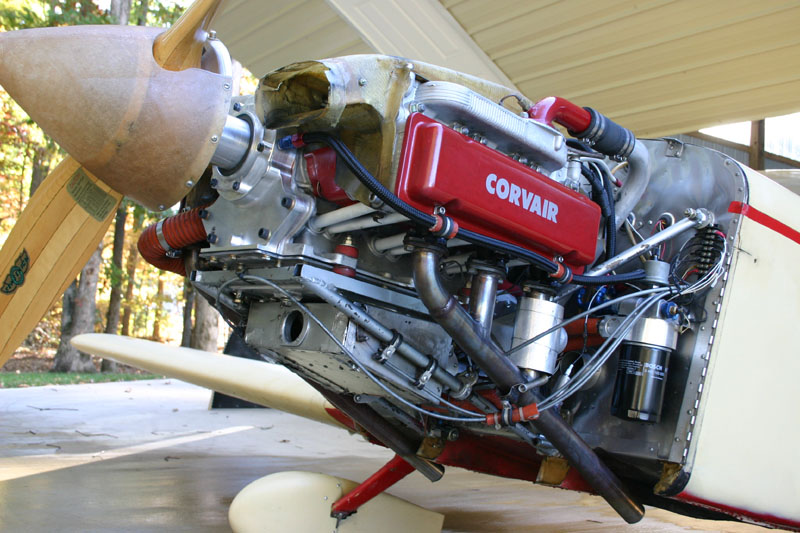 CorvAircraft is an internet mailing list that's been around for about 14 years. The list was founded to provide information and support to those building experimental aircraft with GM Corvair automotive engine conversions as the powerplant. There are about 600 list members, many of them flying behind Corvair engines for years now, as well as many other knowledgeable Corvair engine builders and experimentors.

To UN subscribe, send a message to corvaircraft-leave@list.corvaircraft.org from the same email account from which you are subscribed.

You are welcome to search the CorvAircraft message archive to view messages posted to the list over the last several years.